We then applied the Tesseract program to test and evaluate the performance of the OCR engine on a very small set of example images.

As our results demonstrated, Tesseract works best when there is a (very) clean segmentation of the foreground text from the background. In practice, it can be extremely challenging to guarantee these types of segmentations. Hence, we tend to train domain-specific image classifiers and detectors.

Nevertheless, it’s important that we understand how to access Tesseract OCR via the Python programming language in the case that we need to apply OCR to our own projects (provided we can obtain the nice, clean segmentations required by Tesseract).

Example projects involving OCR may include building a mobile document scanner that you wish to extract textual information from or perhaps you’re running a service that scans paper medical records and you’re looking to put the information into a HIPA-Compliant database.

In the remainder of this blog post, we’ll learn how to install the Tesseract OCR + Python “bindings” followed by writing a simple Python script to call these bindings. By the end of the tutorial, you’ll be able to convert text in an image to a Python string data type.

First, we’ll learn how to install the pytesseract package so that we can access Tesseract via the Python programming language.

Next, we’ll develop a simple Python script to load an image, binarize it, and pass it through the Tesseract OCR system.

Finally, we’ll test our OCR pipeline on some example images and review the results.

To download the source code + example images to this blog post, be sure to use the “Downloads” section below.

Next let’s install Pillow, a more Python-friendly port of PIL (a dependency) followed by pytesseract

Note: pytesseract  does not provide true Python bindings. Rather, it simply provides an interface to the tesseract  binary. If you take a look at the project on GitHub you’ll see that the library is writing the image to a temporary file on disk followed by calling the tesseract  binary on the file and capturing the resulting output. This is definitely a bit hackish, but it gets the job done for us.

Let’s move forward by reviewing some code that segments the foreground text from the background and then makes use of our freshly installed pytesseract .

Applying OCR with Tesseract and Python

Lines 2-6 handle our imports. The Image  class is required so that we can load our input image from disk in PIL format, a requirement when using pytesseract .

Next we’ll load the image, binarize it, and write it to disk.

First, we load —image  from disk into memory (Line 17) followed by converting it to grayscale (Line 18).

The if  statement and body on Lines 22-24 perform a threshold in order to segment the foreground from the background. We do this using both  cv2.THRESH_BINARY  and cv2.THRESH_OTSU  flags. For details on Otsu’s method, see “Otsu’s Binarization” in the official OpenCV documentation.

We will see later in the results section that this thresholding method can be useful to read dark text that is overlaid upon gray shapes.

Alternatively, a blurring method may be applied. Lines 28-29 perform a median blur when the —preprocess  flag is set to blur . Applying a median blur can help reduce salt and pepper noise, again making it easier for Tesseract to correctly OCR the image.

After pre-processing the image, we use  os.getpid  to derive a temporary image filename based on the process ID of our Python script (Line 33).

The final step before using pytesseract for OCR is to write the pre-processed image, gray , to disk saving it with the filename  from above (Line 34).

We can finally apply OCR to our image using the Tesseract Python “bindings”:

Using pytesseract.image_to_string  on Line 38 we convert the contents of the image into our desired string, text . Notice that we passed a reference to the temporary image file residing on disk.

This is followed by some cleanup on Line 39 where we delete the temporary file.

Line 40 is where we print text to the terminal. In your own applications, you may wish to do some additional processing here such as spellchecking for OCR errors or Natural Language Processing rather than simply printing it to the console as we’ve done in this tutorial.

Finally, Lines 43 and 44 handle displaying the original image and pre-processed image on the screen in separate windows. The cv2.waitKey(0)  on Line 34 indicates that we should wait until a key on the keyboard is pressed before exiting the script.

Let’s see our handywork in action.

Now that ocr.py  has been created, it’s time to apply Python + Tesseract to perform OCR on some example input images.

In this section we will try OCR’ing three sample images using the following process:

Our first example is a “noisy” image. This image contains our desired foreground black text on a background that is partly white and partly scattered with artificially generated circular blobs. The blobs act as “distractors” to our simple algorithm. 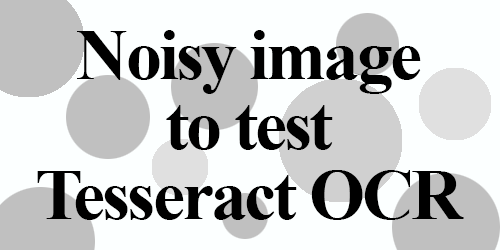 Using the Tesseract binary, as we learned last week, we can apply OCR to the raw, unprocessed image:

Tesseract performed well with no errors in this case. 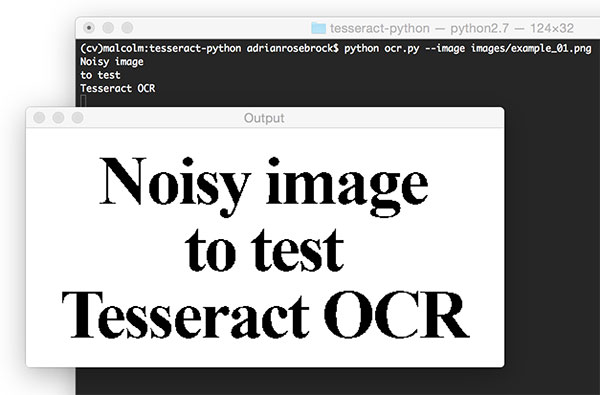 As you can see in this screenshot, the thresholded image is very clear and the background has been removed. Our script correctly prints the contents of the image to the console.

Next, let’s test Tesseract and our pre-processing script on an image with “salt and pepper” noise in the background: 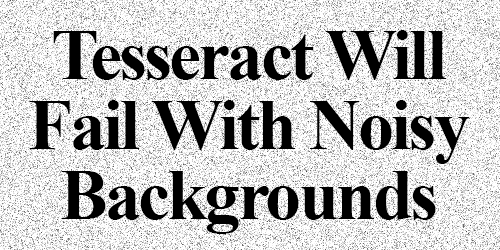 We can see the output of the tesseract  binary below:

Unfortunately, Tesseract did not successfully OCR the text in the image.

However, by using the blur  pre-processing method in ocr.py  we can obtain better results:

Finally, let’s try another image, this one with more text: 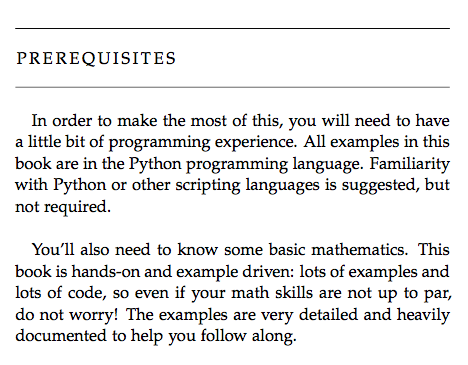 Figure 5: Another example input to our Tesseract + Python OCR system.

Followed by testing the image with ocr.py : 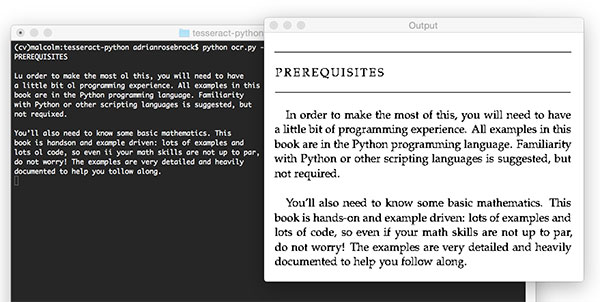 Notice misspellings in both outputs including, but not limited to, “In”, “of”, “required”, “programming”, and “follow”.

The output for both of these do not match; however, interestingly the pre-processed version has only 8 word errors whereas the non-pre-processed image has 17 word errors (over twice as many errors). Our pre-processing helps even on a clean background!

Python + Tesseract did a reasonable job here, but once again we have demonstrated the limitations of the library as an off-the-shelf classifier.

We may obtain good or acceptable results with Tesseract for OCR, but the best accuracy will come from training custom character classifiers on specific sets of fonts that appear in actual real-world images.

Don’t let the results of Tesseract OCR discourage you — simply manage your expectations and be realistic on Tesseract’s performance. There is no such thing as a true “off-the-shelf” OCR system that will give you perfect results (there are bound to be some errors).

In today’s blog post we learned how to apply the Tesseract OCR engine with the Python programming language. This enabled us to apply OCR algorithms from within our Python script.

The biggest downside is with the limitations of Tesseract itself. Tesseract works best when there are extremely clean segmentations of the foreground text from the background.

Furthermore these segmentations need to be as high resolution (DPI) as possible and the characters in the input image cannot appear “pixelated” after segmentation. If characters do appear pixelated then Tesseract will struggle to correctly recognize the text — we found this out even when applying images captured under ideal conditions (a PDF screenshot).

OCR, while no longer a new technology, is still an active area of research in the computer vision literature especially when applying OCR to real-world, unconstrained images. Deep learning and Convolutional Neural Networks (CNNs) are certainly enabling us to obtain higher accuracy, but we are still a long way from seeing “near perfect” OCR systems. Furthermore, as OCR has many applications across many domains, some of the best algorithms used for OCR are commercial and require licensing to be used in your own projects.

My primary suggestion to readers when applying OCR to their own projects is to first try Tesseract and if results are undesirable move on to the Google Vision API.

If neither Tesseract nor the Google Vision API obtain reasonable accuracy, you might want to reassess your dataset and decide if it’s worth it to train your own custom character classifier — this is especially true if your dataset is noisy and/or contains very specific fonts you wish to detect and recognize. Examples of specific fonts include the digits on a credit card, the account and routing numbers found at the bottom of checks, or stylized text used in graphic design.

I hope you are enjoying this series of blog posts on Optical Character Recognition (OCR) with Python and OpenCV!