This tutorial is the second post in our three part series on shape detection and analysis.

Last week we learned how to compute the center of a contour using OpenCV.

Today, we are going to leverage contour properties to actually label and identify shapes in an image, just like in the figure at the top of this post.

Before we get started with this tutorial, let’s quickly review our project structure:

As you can see, we have defined a pyimagesearch  module. Inside this module we have shapedetector.py  which will store our implementation of the ShapeDetector  class.

Finally, we have the detect_shapes.py  driver script that we’ll use to load an image from disk, analyze it for shapes, and then perform shape detection and identification via the ShapeDetector  class.

Before we get started, make sure you have the imutils package installed on your system, a series of OpenCV convenience functions that we’ll be using later in this tutorial:

The first step in building our shape detector is to write some code to encapsulate the shape identification logic.

Let’s go ahead and define our ShapeDetector . Open up the shapedetector.py  file and insert the following code:

Line 4 starts the definition of our ShapeDetector  class. We’ll skip the __init__  constructor here since nothing needs to be initialized.

We then have our detect  method on Line 8 which requires only a single argument, c , the contour (i.e., outline) of the shape we are trying to identify.

As the name suggests, contour approximation is an algorithm for reducing the number of points in a curve with a reduced set of points — thus the term approximation.

This algorithm is commonly known as the Ramer-Douglas-Peucker algorithm, or simply the split-and-merge algorithm.

Contour approximation is predicated on the assumption that a curve can be approximated by a series of short line segments. This leads to a resulting approximated curve that consists of a subset of points that were defined by the original cruve.

Contour approximation is actually already implemented in OpenCV via the cv2.approxPolyDP  method.

Common values for the second parameter to cv2.approxPolyDP  are normally in the range of 1-5% of the original contour perimeter.

Given our approximated contour, we can move on to performing shape detection:

It’s important to understand that a contour consists of a list of vertices. We can check the number of entries in this list to determine the shape of an object.

For example, if the approximated contour has three vertices, then it must be a triangle (Lines 15 and 16).

If a contour has four vertices, then it must be either a square or a rectangle (Line 20). To determine which, we compute the aspect ratio of the shape, which is simply the width of the contour bounding box divided by the height (Lines 23 and 24). If the aspect ratio is ~1.0, then we are examining a square (since all sides have approximately equal length). Otherwise, the shape is a rectangle.

Otherwise, by process of elimination (in context of this example, of course), we can make the assumption that the shape we are examining is a circle (Lines 35 and 36).

Finally, we return the identified shape to the calling method.

Now that our ShapeDetector  class has been defined, let’s create the detect_shapes.py  driver script:

We start off on Lines 2-5 by importing our required packages. Notice how we’re importing our implementation of the ShapeDetector  class from the shapedetector  sub-module of pyimagesearch .

Lines 8-11 handle parsing our command line arguments. We only need a single switch here, —image , which is the path to where the image we want to process resides on disk.

Next up, let’s pre-process our image:

First, we load our image from disk on Line 15 and resize it on Line 16. We then keep track of the ratio  of the old height to the new resized height on Line 17 — we’ll find out exactly why we do this later in the tutorial.

From there, Lines 21-23 handle converting the resized image to grayscale, smoothing it to reduce high frequency noise, and finally thresholding it to reveal the shapes in the image. 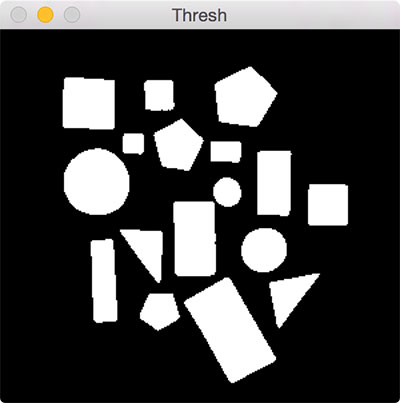 Figure 1: Thresholding reveals the shapes in our image.

Notice how our image has been binarized — the shapes appear as a white foreground against a black background.

Lastly, we find contours in our binary image, handle grabbing the correct tuple value from cv2.findContours  based on our OpenCV version, and finally initialize our ShapeDetector  (Lines 27-30).

The last step is to identify each of the contours:

On Line 33 we start looping over each of the individual contours. For each of them, we compute the center of the contour, followed by performing shape detection and labeling.

Lastly, we draw the contours and the labeled shape on our image (Lines 44-48), followed by displaying our results (Lines 51 and 52).

To see our shape detector in action, just execute the following command:

As you can see from the animation above, our script loops over each of the shapes individually, performs shape detection on each one, and then draws the name of the shape on the object.

In today’s post blog, we learned how to perform shape detection with OpenCV and Python.

To accomplish this, we leveraged contour approximation, the process of reducing the number of points on a curve to a more simple approximated version.

Then, based on this contour approximation, we examined the number of vertices each shape has. Given the vertex count, we were able to accurately label each of the shapes.

This lesson is part of a three part series on shape detection and analysis. Last week we covered how to compute the center of a contour. Today we covered shape detection with OpenCV. And next week we’ll discuss how to label the actual color of a shape using color channel statistics.